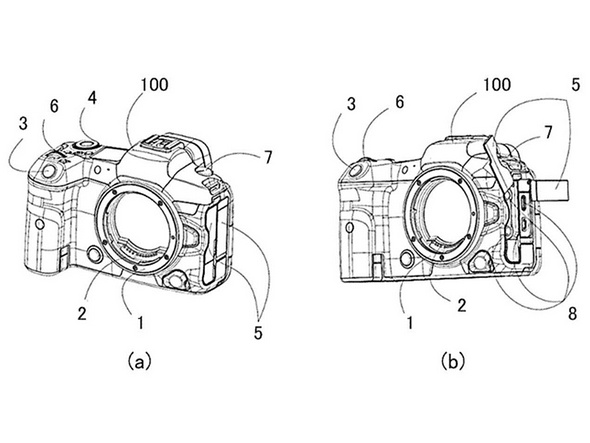 In this patent application Canon is investigation shutters that minimize shutter shock.

If you are not aware, especially on mirrorless cameras there is a phenomenon called shutter shock, which very simplistically is that vibration from the mechanical shutter that can cause blur or a loss of resolution especially at slower shutter speeds starting at 1/100th of a second to around 1/8th of a second and sometimes slower.  This happens more frequently on a mirrorless camera because there are more actions the shutter has to perform because the sensor is normally exposed and open.  The shutter has to first close before exposing the image. These actions are a lot more than what a DSLR does.  This amplifies the vibration effect on mirrorless cameras more than DSLRs did in the past.

Canon looks to combat this with a floating shutter assembly.

They first attempted to do this with a floating shutter;

And in this patent application, they describe a mechanism that uses electromagnets to move the shutter instead which reduces the amount of vibration caused by the assembly. (Thanks for the clarification - I'll blame it on 60 hours' worth of jetlag still).

This is pretty cool and could be useful on cheaper cameras that Canon makes in the future that do not have a global shutter - which of course eliminates this completely.

[Problem] To provide an imaging apparatus in which vibration generated by a shutter hardly propagates to another portion and a shutter is highly accurately positioned.

[Means for solving] An imaging device 100 is provided with an imaging element 103 a for picking up an image of an object, and a shutter 110 for driving the shutter blade 302 and controlling the exposure time of the imaging element ; This device has a holding member 120 for holding a shutter so as to be movable in a plane orthogonal to an imaging optical axis, and 1 urging members 402 a to 402 c for energizing the shutter in the 1 direction in the plane. The shutter has abutting portions 120 g to 120 I which contact the positioning portions 1 g to 301 I provided on the holding member and position the shutter at a predetermined position in the 301 direction. The shutter is movable from a predetermined position against an urging force of a 1 urging member, and the imaging device has 1 cushioning members 404 a and 404 b which contact a shutter which returns to a predetermined position by the energizing force of the 1 urging member.

This post was originally published by - CanonNews / Thursday, March 10, 2022