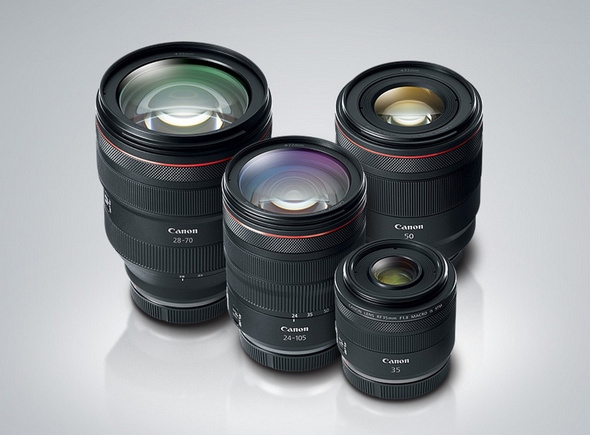 Canon Inc. has published its Corporate Strategy Conference 2022 presentation materials, revealing a number of interesting tidbits about the company’s past fiscal year and what it intends to do going forwards as part of its growth strategy.

Under the headline ‘2021 Results and Future Growth Strategy,’ Canon says part of its ‘Growth Strategy’ is to ‘develop imaging business centered on optical technology.’ Specifically, Canon says it wants to expand the scale of its optical technology by ‘cultivating new users’ and ‘developing new products.’ As a result, it hopes to target one trillion yen in imaging group sales, annually.

Canon says it maintains ‘firm demand among professionals and advanced amateurs,’ but does admit the ‘market as a whole seems to be bottoming out.’ To achieve its one trillion yen goal, Canon says it plans to ‘further enhance [its] lineup of EOS R system cameras and lenses,’ specifically stating it hopes to ‘expand [its] lens lineup at the same pace as it has between 2020 and 2021. That would mean Canon plans to release at least eight lenses each year from 2022 through 2025, for a total of 32 lenses. That would mean Canon plans to more than double its current lens lineup from 26 lenses to 58 lenses in roughly the same amount of time since the RF mount was announced in 2018.

Another part of Canon's growth strategy is to further develop its concept cameras, such as those it showed off at CES 2020, including the Canon IVY REC and its monocle-style PowerShot Zoom camera, which was released in Japan in September 2020.

If Canon is to achieve its goal of eight new lenses each year, it’s shaping up to be a busy year for Canon engineers and factory workers. But Canon says it’s off to a ‘good start towards achieving [its] 2025 targets’ and as the chip shortage starts to improve over the next year or two, it should be easier to get more products out of the factory and into the hands of end-users.