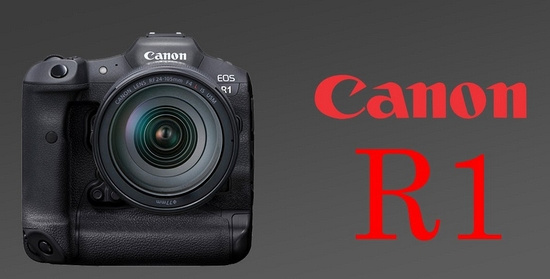 Canon to Release the EOS R1, a High-Resolution Camera, and More

Canon has multiple EOS R cameras and a super-telephoto lens on the way.

Since the release of the EOS R3, a powerful, pro-level model for sports and action shooters, Canon has remained quiet, with a few minor exceptions (including the announcement of the RF 800mm f/5.6L and the RF 1200mm f/8L, two super-telephoto lenses that cost a whopping $17000 and $20000, respectively).

Fortunately, new cameras and lenses are coming later this year, and while they will cater to serious professionals, you can most likely expect prices in the four-figure – not five-figure! – range.

According to Canon Rumors, Canon will announce the EOS R1, the company’s first mirrorless flagship camera, before the year is out. The R1 will offer a combination of high-resolution imaging and lightning-fast shooting for sports photographers, wildlife photographers, photojournalists, and any other professionals in need of top-notch capabilities.

When the EOS R1 debuts, it will be a first for Canon; until now, Canon’s high-end professional cameras have offered either action specs (the Canon 1D X Mark III, the Canon EOS R3) or a high-resolution sensor (the Canon 5DS). The EOS R5 threatened to bridge this gap, but despite its impressive 40+ MP sensor and 20 FPS shooting speeds, its design is that of a jack-of-all-trades professional body, not a flagship.

So what can you expect from a Canon EOS R1?

As for the EOS R1’s sensor: Canon Rumors claims that it will push beyond the 45 MP offered by the EOS R5. A sensor in the 55-65 MP range seems likely, especially as Canon seeks to outperform Sony and its 50 MP a1.

But the EOS R1 will likely fall short of a 70+ megapixel sensor. As Canon Rumors explains, while Canon is “not going to let Sony have that [high-resolution] crown for long,” the company will be releasing a second camera, designed specifically for high-res imaging and packing a 75 MP sensor.

When will these new cameras drop?

The EOS R1 should “begin shipping in Q4 of 2022,” though “an announcement may come as early as Q3.” In other words, we shouldn’t have too long to wait.

The high-megapixel camera is more of an unknown, but a release date in the next 15 months would make sense, especially as Canon seeks to compete with the Sony a1 and Nikon Z9.

Note that, initially, Canon aimed to release the EOS R1 alongside a super-telephoto lens – most likely a 500mm f/4.5 or f/5 model. But “production delays may force Canon to do just a development announcement for [the] lens this year.”

With 30fps bursts and Eye Control AF, the Canon EOS R3 is a beast!

Now over to you:

Which Canon cameras do you hope to see this year? Which would you be interested in purchasing? Share your thoughts in the comments below!